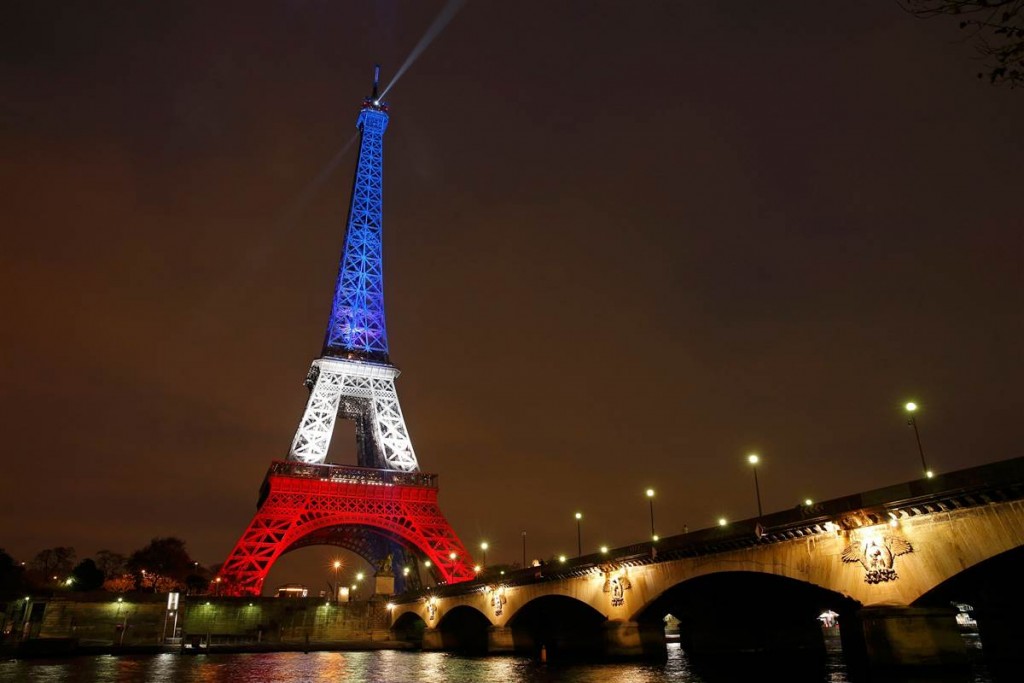 Tonight’s PBS News featured a story of Isis radicals training young boys in Afghanistan to kill infidels. So we have another generation growing up thinking that they’re doing God’s work to slaughter innocent people who might or might not be Muslim.

When I was a theological student, I read the Koran and I don’t recall any such admonition to murder people. But that’s the line these killers of 129 people in Paris must have believed. As of this writing, only one of the men identified as one of the killers remains at large. From news accounts, I gather the others were killed by police or committed suicide.

Last week’s tragedy created different reactions. It put ordinary people in a mood of grief and anger throughout Europe. Here in the United States, most people joined the French for this time of mourning.

We’ve visiting Paris and no doubt we walked or been driven by the buildings where the terrorists shot and killed so many innocent people. We have a French friend and neighbor, a professional singer, who spends part of the year in our Indiana city and part of the year at his apartment in Paris.

After the killings he e-mailed from Paris all his friends that he was safe. No doubt, Friday’s killings left him shaken as they did most people in the city. Judging from the TV pictures of Parisians, still a few days later, you see those on the city streets looking dazed.

A day after 9/11 in New York City, I met a former colleague at our downtown library for lunch. As we walked out of the building, he asked, “What has this accomplished?” To be sure, that tragedy caused Americans to be on alert for worry about possible terrorists in their neighborhoods and cities.

But we got a homegrown Timothy McVeigh and the Oklahoma city bombings. You don’t have to be a radicalized Muslim to want to kill innocent people.

I have no doubt that the Western governments, now on high alert, will destroy Isis and their followers. In fact, planes from France have already bombed one city in Iraq that the terrorists control. Such counterattacks I’m sure mark only the beginning of an all-out assault on Isis.

Today, being Tuesday, we seniors get a small discount at Kroger’s. That’s where you could find me shopping. But it was hard to get my mind off of Paris, the busy streets, a cathedral high on a hill, the Arch of Triumph and the Eiffel Tower, now alight in red, white and blue colors of the French flag.

I join all Americans to mourn those who were senselessly killed. We gladly commit our country’s resources in this struggle against terrorist ideology on behalf of all humanity.