Mayor Tom Henry’s election Tuesday wasn’t quite a landslide. But he won over Republican Mitch Harper by a comfortable margin. I was pleased by the outcome but not surprised.

Lots of good things have been happening under Tom’s leadership. I don’t mean just the exciting, visible stuff in the downtown. But work crews have been busy all summer and fall throughout the neighborhoods. That includes mine. The progress shows.

Voters here in Fort Wayne, while re-electing a Democratic mayor, managed to continue to elect a mostly Republican council. I don’t believe it’s because we like divided government. The main issue is that some years back, the city annexed growing suburban neighborhoods. That boosted the city’s tax base. It also brought in thousands of Republican voters. For Democrats, that proved to be a problem.

When I served on The Journal Gazette’s editorial board, I had the privilege of interviewing, I’d guess, hundreds of candidates for public office. To be sure, I’ve been retired for 15 years. But I still remember a few of the candidates who ran in Tuesday’s city election.

I got to know Mayor Henry when he represented his district on the City Council. In more recent years, I joined him and other friends to drive to Indianapolis to a Colts football game. I recall the Colts won.

The great thing about elections is simply this: They affirm our abiding faith in democratic government. People simply believe that their vote counts.

I’d like to think that the big group of non-voters still believes in our system. (More than half didn’t show, as always on an “off-year” election) You can be sure that when the presidential election rolls around in two years, they’ll be at the polls to cast their vote.

I wish every citizen would take the time to inform him or herself about the issues. Part of such an education should include reading one’s local paper’s editorials and opinion columns. I realize that Fort Wayne remains one of the few cities in the country with two, competing newspapers.

Even you live in a one-newspaper town, you can also get a variety of opinion through letters to the editor in your newspaper and the columnists. Often at election time, TV news shows will feature various candidates. Then groups such as the League of Women Voters often conduct public debates among the candidates.

My newspaper regularly offers extra space to letter writers around election time. We even invited readers to sit in on candidate interviews.

After the votes are counted, a citizen can find the results quite an education. What do people expect? How are the incumbents doing their job? What new faces would bring new ideas? Here’s another chance to become engaged in your neighborhood, in your community.

For my part, I just enjoy visiting with other voters in line and with those working the polls. It’s the only time of year I meet some neighbors. I leave the polls feeling good about voting and fortunate to live in such an open, free country. 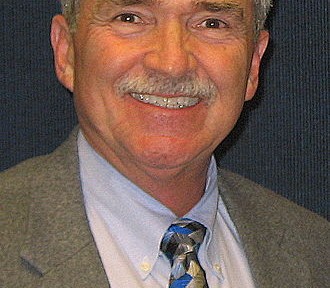 To be sure, some of these countries even have freedom of religion written into their constitutions.

In this country, we mean it.

The program featured leaders from a number of religious traditions. That included a Jewish rabbi, a Catholic nun, a Baptist preacher, the UCC minister, a Muslim imam, a Sikh, a member of the Miami Nation and my Unitarian minister, Rev. Shelly.

An interfaith chorus set just the right tone with “Unity,” taken from the Psalms. The verse set to music declares “How good and pleasant it is for kindred to dwell together in unity.”

Sister Kriss led the congregation in a prayer of Pope Francis that petitions God, “Grant us peace, teach us peace…”

We heard a Buddhist chant. A beautiful young Hindu girl danced, often on one leg, to Eastern music. Her peaceful pose helped reinforce the theme. She had everyone charmed.

The interfaith chorus sang one of the favorites my college choir often did, “The Prayer of Saint Francis.”

Local clergy took turns leading the congregation in a responsive reading. At the close, as we filed out to the Performing Center’s lobby for the refreshments, I was struck by how friendly, even energized everyone seemed.

I studied in colleges and a seminary where you often heard there was one church and you were in it. There was none of that at Sunday’s interfaith service. There was no narrow, bigoted spirit to be found in that center, that day. Yet there are lots of places in the world where your beliefs, practiced openly, can land you in prison or get you killed.

In this country, an interfaith service such as Sunday’s in Fort Wayne is as common as an interstate highway or the 11 o’clock news. We practice religious freedom here every day and don’t give it a second thought.