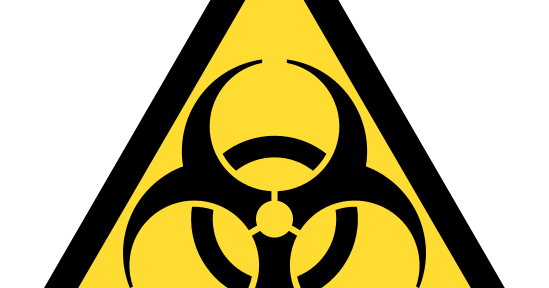 It was Billy Rider who contracted polio. This was back in the 1950s, so long ago it seems. I knew his sister. She was in my class in Defiance, Ohio. I had known Billy a bit but I heard he would spend his life in an iron lung, the only treatment for a victim of polio then.

At this time, the panic seemed justified. Officials closed swimming pools. I don’t recall getting any days off from school. Years later, as a journalist in Fort Wayne, Ind., I got to shadow Dr. Joel Salin on his hospital rounds. As a young man, Dr. Salin had contracted polio and walked with the aid of a brace on his arm.

As disabling as polio turned out for its victims, only 10 percent of patients died. Still, it was a scary disease that could afflict a person, seemingly out of the blue and would leave its mark on the person for life. By the time I was in graduate school in Cincinnati, in the 1960s, the Salk and Sabin vaccines had been developed. I recall lining up at a suburban elementary school to get my oral dose of the vaccine.

All this came back as I’ve found myself following the news about the Ebola epidemic in West Africa, principally Liberia, Sierra Leone, Guinea. Judging from the stories I’ve read, it looks like about half of them are devoted to correcting the misinformation and myths.

Sadly, the man from Liberia diagnosed with Ebola died. He was being treated at a hospital in Dallas. A nurse who was treating him also contracted Ebola. She and another nurse were the only persons so far who’ve caught the virus in the United States. Both are improving.

By late October, several thousand Ebola patients in those West African countries have died. World Health Organization experts predict this epidemic is far from over. Meantime in this country, even the Centers for Disease Control in Atlanta has admitted that the U.S. response has been slow and disappointing.

But such candor and the CDC’s reputation as probably our most competent federal agency hasn’t kept Republican and a few Democratic critics from pouncing on the CDC’s shortcomings. Of course, the members of Congress bear some of the blame. Draconian budget cuts have hampered the work of our public health officials.

Even worse, prominent leaders such as Sen. Rand Paul and Gen.Martin Dempsey, chairman of the Joint Chiefs, have put out opinions about the risk to Americans of contracting Ebola – opinions that are just flat out wrong. There’s more.

I’ve read accounts of talk radio hosts and television evangelists reciting such nonsense that it only fosters unwarranted fears and makes it hard to get reliable information about Ebola into the public forum.

And what can one say about how quickly Republican and a few Democrats have jumped on the president for naming Ron Klain his Ebola czar? No, his name isn’t a household word. He’s not an expert on infectious diseases. He’s not a physician. But he’s been a top aide in two Democratic administrations. He’s trusted. Sounds to me like he’s got the skills to bring all the American players together. That’s precisely what we need as this country helps West Africa deal with this epidemic.