Time magazine’s August 25 issue features Robin Williams on the cover. That and the stories are a worthy tribute to this extraordinary artist and performer.

I most enjoyed the “10 Questions” 2011 interview at the end of the magazine. Williams answers the question about a celebrity’s struggle with substance abuse. He notes celebrity comes and goes and with tweeting and Facebook, “It’s like cybercrack.”

Withdrawal from celebrity is an interesting thing, Williams notes. “People say, “Oh, man, what am I going to do?”

“Steal some jewelry, Lindsay, That helps.”

I’ll never forget the line. I’ll miss him for that and much more.

Another funny man I’ll miss is Dan Lynch. For many of the years I wrote editorials and columns for The Journal Gazette, Dan was our political cartoonist. He also died this past week. Dan’s death is doubly sad. Just days after 9/11, he suffered a severe stroke. It mostly affected his speech. So diminished all those years since.

When I visited him at Parkview Hospital not long after his stroke, he recognized me but struggled to get out the words. I saw him with his family a few years later at a museum gift shop in Chicago. Still, he couldn’t say much. Later again, when I visited with him at another editorial writer’s home, he mostly was quiet but seemed to enjoy the conversation.

No surprise that the funeral home in nearby Spencerville, Indiana, was packed with Dan’s old friends and former colleagues at the paper. I could barely hold back the tears as I looked at the display of Dan’s political cartoons, so often making fun of our Fort Wayne and Indiana politicians. Not to mention presidents. To their credit, the publisher and editors always backed Dan up.

When I retired in 2000, Dan drew a caricature of me, which staff members signed. “We’ll miss ya'” Dan’s signature in the right-hand corner reads.

A late arrival for the memorial service, I sat in the row behind Dan’s wife Janet, their son and daughter. The minister, the Rev. Terry Anderson, an old mutual friend, spoke of Dan’s many talents, not just his art and his books but also his music. Anderson’s reassuring message boiled down to St. Paul’s in I Corinthians, “The greatest of these is love.”

The third recent death that has touched me was Mario’s. A former husband of my daughter, Mario had been living back in his El Salvador home for some years. But he had been able to stay in touch over the Internet and phone calls with Tanya and Cynthia, his now grown daughters, our granddaughters. So far away yet such a special relationship, a father and his children.

We got the call in the middle of the night from Cynthia. The girls had seen the announcement of their dad’s death on Facebook. Such a shock. Mario was only 54. “Dad’s heart just gave out,” Cynthia told Grandma.

My memory of this handsome Hispanic is of another man of considerable talent. He sure had strong and informed opinions during his daughters’ soccer games. He also was a man of great dreams, realistic or not. He treated me and my wife Toni with great respect, even deference. And what a worker! A paint contractor whose crew did work for us called him “Mario the machine.” We witnessed that totally focused dedication to the job when he did painting on his own for us.

All these deaths leave much pain and sorrow. Those of us left behind comfort one another as best we can. Yes, we have our memories. Those give us comfort, too. 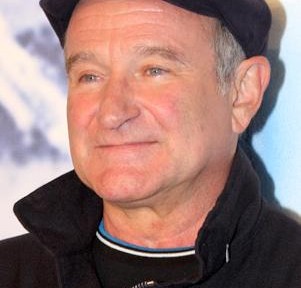