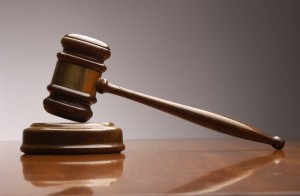 There probably aren’t many people more judgmental than I am. Writing editorials for most of my working life suited my mindset to a T.

When I catch myself thinking about how stupid somebody I see at Kroger’s, I’m reminded of that first verse in Chapter 7 of Matthew’s gospel: “Judge not that you not be judged.”

This passage appears in the middle of what’s known as the “Sermon on the Mount.” Did Jesus really say all this? Did he really tack on a threat that if you judge others, you’ll be judged by the same standard?

I haven’t a clue.

Long ago, I gave up any notions that the Bible somehow is the infallible Word of God. I do doubt Jesus really said all the things attributed to him.

Still, I think that a few of these sayings just about sum up everything you need to know to learn how to be a decent, reasonably happy person. Try this out: “Love your neighbor as yourself.”

But back to judging. I probably shop a Kroger’s twice a week. Often,
not on every trip but too often, I catch myself noting the appearance of my fellow shoppers.

One guy may have his shirttail hanging out. Or one aisle over, I spot a clearly overweight woman tagging along after several small children and filling her cart with candy, cheese snacks and frozen pizza.

I automatically start lecturing this woman about junk food. All in my head, of course. But the temptation is there. I suppose while I’m judging this person, my facial expression betrays me to fellow shoppers.

But as Pope Francis said in another context, “Who am I to judge?”

On those occasions I do realize that I am taking the liberty to judge another person. Then I remember another line from antiquity. It’s attributed to Philo of Alexandria, although it might have be said by half dozen other philosophers and people who said memorable things.

In any case, the line is: “Be kind for everyone is fighting a great battle.”

Yes, you can observe that fellow in the cereal aisle, his shirttail out, hair uncombed and dirty fingernails and judge him. You can think, “Isn’t that awful he doesn’t take care of himself?”

The truth is, you don’t know a thing about the guy. As Pope Francis put it, “Who am I to judge?”

I suppose a lot of people reading my editorials wondered the same thing about me. If I have a defense, it’s that I grew up in a family that never missed a chance to judge a complete stranger.

As a kid, I often stayed with Dad’s parents in Latty, in northwest Ohio. The judging started at the breakfast table, continued as they read and commented on newspaper stories, picked up in the afternoon as they listened to the radio broadcasts of the Detroit Tigers and Cincinnati Reds.

But back at home in Defiance, Mom and Dad felt free to judge. And judge they did. They judged my friends, my girlfriends and our neighbors. I suppose you could trace the judgmental way of seeing others back generations, on both sides.

Surely, there’s a better way. Instead of judging others, I can follow the example of my great-grandfather, a minister, John W. Hayes. My grandmother had saved his written sermons. The main point of several stories he told was this: Always look for the good in others.

Doesn’t sound like judging to me. I’ll work on it.