The Gaza strip. It’s been in the news.

It was late March in 1982. I had joined a group of other journalists for a tour of Israel, southern Lebanon and desert territory south of Israel proper. That included Gaza, a tiny strip of land bordering the Mediterranean.

I should state here that with about 2 million people crowded on arid land 25 miles long and up to seven miles wide, Gaza is one of the most densely populated places in the world.
It is also one of the poorest places on earth, with one of the lowest average income rates and highest unemployment.

From the tour bus, I mainly saw idle men and children sitting next to tiny, cinder block buildings. I also caught a glimpse of a few women hanging out wash. And lots of teenage boys.
And you wonder why such a desolate place spawns terrorists.

Here I am, many years later, after Israel had withdrawn, after a peace treaty with Egypt, after so many flare-ups between the Israelis and Palestinians in Gaza and the West Bank.

There is no peace.

As I write, Hamas, which tentatively rules Gaza, has rejected a cease-fire that Egypt has tried to broker. Hamas rockets now reach deep into Israel, mostly to be knocked down by Israeli missiles. Of course, the Israeli bombs and rockets have not only reached their targets in Gaza. They have killed more than 200 people. That includes dozens of children. Now Israeli troops have moved into Gaza.

For years, I wrote editorials for the Fort Wayne Journal Gazette and often proposed peace plans for Israel and the Palestinians. But now, long after my retirement, I follow the current news not with hope but with a sense of despair.

Here’s a part of the world that has so much rich, even inspiring history, especially for three major religions. Yet nobody seems to forget the bad stuff.

My group of journalists stayed at the King Solomon hotel in Jerusalem most days. It was a short walk to the Old City with its endless storefronts where Palestinian merchants would haggle with you over jewelry or beautifully embroidered women’s gowns. One merchant wanted to be sure I knew about the Israeli Irgun gang, led by Menachem Begin, that killed so many innocent Arabs. I only knew Begin as an Israeli prime minister.

Indeed on such a visit, you were constantly reminded of the edgy peace. On the rooftops in the Old City armed Israeli troops stationed themselves overseeing the parade of tourists ambling down the narrow streets. The region’s history bulges with memories of violence.

Palestinian merchants in the Old City wanted to tell me about how the Israeli troops drove out long-time Arab inhabitants of homes and lands Israelis claimed had been appropriated years before during earlier wars. I’m sure the merchants are still telling the same stories. 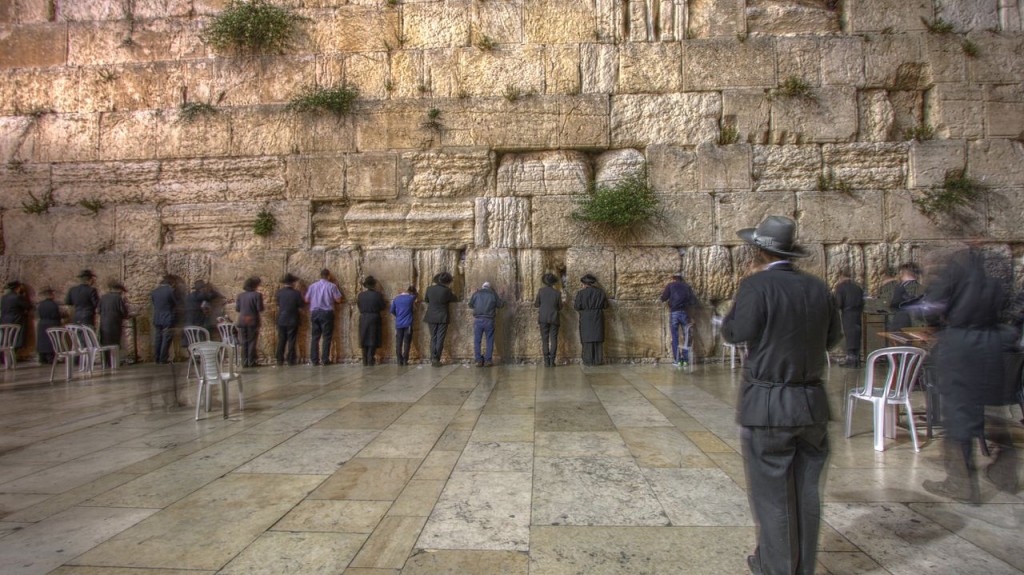 A visit to the surviving wall of Herod’s temple in Old Jerusalem darkened my mood. It’s not called the wailing wall for nothing. There, you’ll see religious Jews reciting prayers. And others insert messages between the cracks. If a tourist attempts to photograph the men, they quickly scatter, not wanting their image captured.

On the Temple Mount, two mosques invite an endless parade of visitors. At the one, you can see the mark left on the rock that tradition says is the footprint Mohammad left as he ascended to heaven.

Whether I was visiting with Israelis or Palestinians, they were determined to share their version of the history. For two hours at the Knesset, I listened to the legendary Israeli leader Yitzhak Rabin take these American journalists on a tour of 20th Century Mideast. Of course, the wars were main features.

On the tour bus in Gaza, Palestinian youths gave us their version of the history. They threw rocks at our bus. No one was hurt. But we got the message: an angry people.

We visited museums, one of the Jewish diaspora. one of the Holocaust. After each visit, I felt overwhelmed by the endless recounting of sorrows. I didn’t have to guess about the rationale for the armed guards at various checkpoints throughout the country.

At the kibbutz we toured, more history. And an armed guard. At a sidewalk cafe in Tel Aviv,
more armed Israeli soldiers. At the Old Goliath bar, where I sang a few old standards, my last night in Israel, more soldiers on leave from duty at the Golan Heights.

It’s been quite a while since I’ve read about the Peace Now movement among Israelis. I hope the group didn’t give up. To my knowledge, the Palestinians never had a major peace activist group. They had Arafat and the PLO.

No doubt, this current round of fighting between the Israelis and the Hamas Palestinians in Gaza will end in a cease-fire. I hope soon. But I can’t imagine a permanent peace between these two peoples. They’ve got too much hurt. Too many guns. Too many rockets. Too much history.