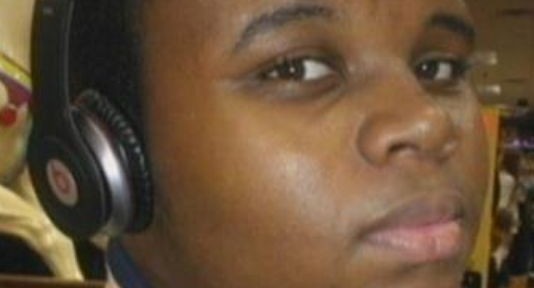 I have no idea whether Ferguson, Mo., police officer Darren Wilson should be found criminally liable in the August 9 shooting death of unarmed black teenager Michael Brown.

I felt Wilson’s newly released testimony to the grand jury confusing. Eyewitness testimony was conflicting. The tragic encounter didn’t make any sense. For example, why in the world did Wilson need to get off 12 shots at close range before he no longer felt threatened by his suspect?

Consider: This all began when Officer Wilson ordered Brown to walk on the sidewalk, not in the middle of the street. So here jaywalking turned into a capital offense.

Beyond that, county prosecutor Bob McCulloch presented the case to the jury in a fashion that didn’t follow any procedure I’m familiar with. Rather than laying out the case for, say an indictment on manslaughter, McCulloch recited a case both for and against an indictment. He then left it to jurors to draw their own conclusions.

It doesn’t help ordinary citizens feel justice was done that McCulloch has a reputation for protecting police officers. Further, his police officer father once shot to death a black suspect. It also seems peculiar that it took months for the grand jury to reach a decision to not indict.

At his conference following the grand jury’s decision, McCulloch blamed the press for making a national story out of the case.

This was an extremely volatile case. Given McCulloch’s reputation and the national interest, he should have stepped aside and let the Missouri governor appoint a special prosecutor.

Then you have the investigation by the local police. From the news accounts, it appears so amateurish. Here’s Officer Wilson bagging his own pistol. Then local officials left Brown’s uncovered body lie in the street for hours.

Also puzzling, the investigator of the scene didn’t take measurements or conduct even the most routine examination of the police vehicle. Nor did the police tape record interviews they conducted with Officer Wilson. An odd procedure, to say the least.

It’s not that police never get charged for shooting a citizen. One study over seven years found 41 officers charged with murder or manslaughter. During the same period, researchers found that officers had been exonerated in nearly 3,000 shooting deaths.

For years, studies have noted that police are 10 times more likely to stop black male teens than white male teenagers. The Ferguson case provides yet the latest tragic glimpse at
a racial chasm in this country. Indeed, the demonstrations in Ferguson and around the country that followed the grand jury’s decision remind us that the very perception of injustice is not all that different from injustice itself.

I hope outgoing Attorney General Eric Holder does open a federal investigation of the case. Maybe that would quell some of the anger and show everyone that we really can expect and find justice when local officials fall short.

There are some powerful takeaway lessons from Ferguson. First, let’s be highly selective before pinning a police badge on a person. Then let’s see that their training meets national standards. Let’s see that the racial and ethnic makeup of the department reflects the community – unlike Ferguson.