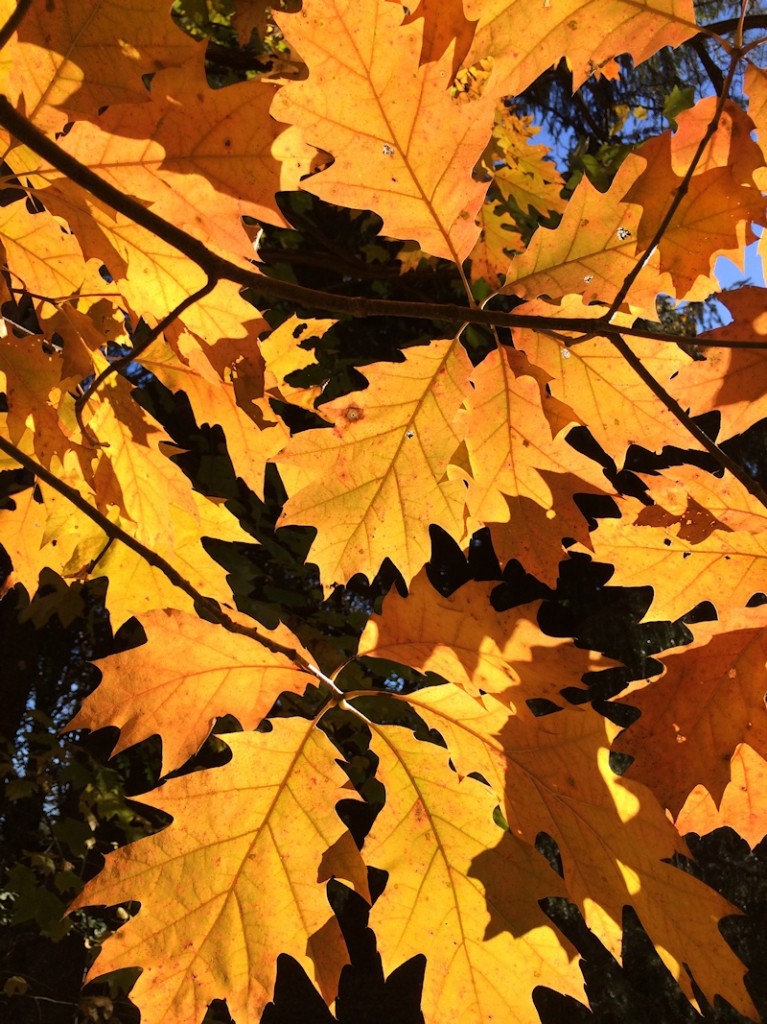 It was strolling in the northwestern Indiana woods when I found myself thinking of Robert Frost’s line, “The woods are lovely, dark and deep…but I have promises to keep.”

Now the Indiana woods lining a small lake wasn’t what my favorite Poet Laureate had in mind. Besides, he was witnessing this New Hampshire woods filling up with snow. My wife Toni and I were just waiting to eat breakfast at our favorite B&B, the Grey Goose Inn. Hardly any snow yet. Lots of red and gold leaves. It was mid-October.

What we did have in common with Frost was the woodsy interlude, the break from the routine, the desire to just stick around. It sounds like he was on his way home. For us, it was the last day of our four-day vacation, two days first in Chicago, then a couple in the Indiana town of Chesterton.

Our little out-of-town adventure not only proved to be a fun tonic, relaxing and interesting, especially at the antique book store in Chesterton. Like all my trips away from home, this one gave me the perfect chance to reflect on my life.

You don’t have to be dedicated introspectionist to benefit from pausing to think about your goals, habits you’d like to break, other trips you’d enjoy or relationships you’d like to improve or restore.

Mark Twain used to say that travel was the enemy of prejudice. I had that quote on a T-shirt I once owned. For an example of Twain’s axiom, consider the French philosopher Montaigne, 16th Century. He led a caravan through Italy. Throughout, he encountered different lifestyles. Yet he learned to enjoy local cuisine. He took note of habits that appeared strange to him. But he didn’t judge. That’s the ticket.

I’m not sure Twain’s observation always proves true. For Montaigne, travel did open doors and break down barriers. But what about those young men who flew jetliners into the World Trade Center’s twin towers?

All these guys from the Mideast lived in the United States for some months to train to fly these big planes. Exposure to Americans apparently didn’t disabuse them of their anti-Western prejudices. I’m reminded of the song from South Pacific: “You must be carefully taught to hate.” Tragically, there are parts of the world where you’ve been tutored all your life in hate. You’ve got a lot of lessons to unlearn.

Still, let’s say you visit other places, U.S. cities, vacation spots such as Key West or faraway countries such as Poland or Lebanon as I’ve done. Let’s say you keep an open mind. Let’s say you’re just curious. Let’s say you just like to meet new people. Then I bet you’ll find yourself feeling kindly toward those you’ve met far from home.

I’ve found foreigners, even those who speak only a phrase or two of English, eager to help you find the cathedral or the art museum you’ve walked from your hotel to visit. I’m living proof an American can get by with one year of Spanish 60 years ago, two years of Hebrew nearly that far back and only a greeting or farewell in French.

I should patent my discovery. It’s this: Printed in the human genome is the desire to straighten out a poor, lost traveler. It works this way. I just introduce myself by announcing that I’m in need of help, whether it’s for directions or an explanation of some local custom. I’m then sent off to my destination or told why the election in that country takes several days.

Once, with my strategy in mind, I got directions at the hotel desk. Then I helped a local cabdriver in Tel Aviv find an apartment building. I was headed there to interview a couple with infant quadruplets. Now that was something to write about!

My strategy ordering in restaurants is simple. I get the best advice from the waiter or waitress:

“What do most local people order?”

“What never gets sent back to the kitchen?”

For a journalist like myself, though long retired, asking questions just comes naturally. Often, the question is out of my mouth before I’ve realized that I’ve known the answer all along. The trick, though, is simply to forget about yourself and focus on the other person.

Here I am, barely a day after getting home. Believe or not, I’m not feeling worn out. Rather, I’m energized from our trip, ready to take on the world.

So my advice is this. As often as you can. Open your mind. Open your heart. Get out of the old rut. Then hit the road.