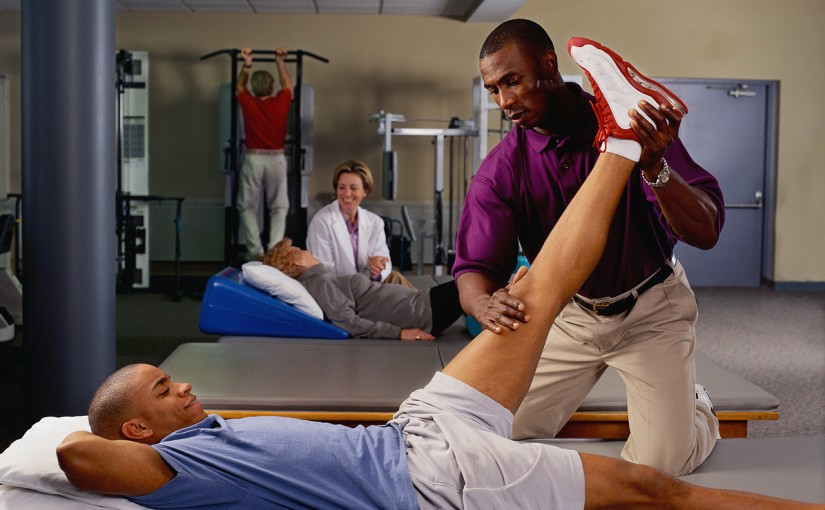 Dave, my physical therapist, says he doesn’t feel like he’s going to work. Middle-aged, he doesn’t think he’s really worked since he got out of college. Loves his work.

He owns a bunch of therapy centers and enjoys helping people overcome aches and pains. He’s friendly with every patient. I’ve noticed when I’ve been in for treatment that his mostly young therapists appear so patient and respectful toward everyone.

I’ve often needed a few treatments over the years So most of the staff know me by name. At 77, I don’t expect the therapists to turn me into a 47-year-old. But I’m always improved after a few sessions.

The added benefit is that the treatments get me out of the house and around people. After you’ve been retired a few years, it’s easy to become isolated.

I’d guess that to feel in the mainstream of life is one reason many retirees make themselves useful by volunteering. After I retired from the paper, I did some tutoring, first at my wife’s elementary school, then at the downtown library.

I suppose as much as anyone, I’ve been lucky getting jobs that I enjoyed and found meaningful. During college years, I even enjoyed at least parts of my part-time jobs.

One summer I worked at a wire die shop where Dad, a tool and die maker by trade, made sure the machines kept running.

Summers, at two religious colleges, I painted dorm rooms and one chapel, earning enough to pay for tuition, room and board. Did I love doing handyman kind of work? I’d have to be honest and admit I hoped to end up doing something more interesting to earn a living.

I did. I enjoyed teaching high school and college. It turned out I had a knack for writing editorials, which I did until I retired.

Of course, I appreciate that many people get stuck in jobs they don’t enjoy or find meaningful. That’s one reason I think it’s so important for salaries to compensate not only for the work but for what it lacks in meaning.

My advice to people who aren’t happy in their jobs is to make a plan for doing something else. That might entail returning to school, which many people do. It might mean applying for a different job. It might mean asking management what other opportunities the company offers.

Dad sold vacuum sweepers for a while. He also tried selling frozen food freezer plans, a product I haven’t heard of since the 1950s. But he always went back to machine shops. I’m sure he was good at the work. I recall he could easily read blueprints upside down.

He also was a trophy-winning amateur golfer, but that’s another Dad story.

I realize that changing jobs isn’t always simple. A person risks losing retirement benefits. The person might have financial obligations that other employment doesn’t pay enough to cover as well as the current job. Starting at the bottom in a different factory wouldn’t appeal to someone middle-aged with grown children.

Still, the workplace in America is so varied, so rich in diverse opportunities that a dissatisfied employee doesn’t have to stay stuck for the rest of the person’s working life.