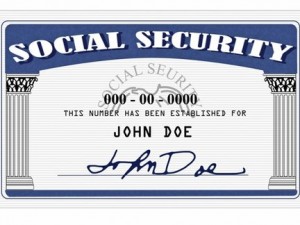 “Why do they need my Social Security number?”

There was no reason our church needed my Social Security number on the form they passed out. The form was for members to say what kind of memorial service they wanted, where buried or whether cremated and so on.

My wife Toni and I had joined Dave in the conference room of his downtown law office. It was time to update our wills. Granted, I had gotten us off the subject with my question about the form from the church. Yet here we were, in cheery, well-lighted surroundings mostly talking about our deaths.

I think most of us need a legal statement that sets forth what we’d like to happen to our financial assets and belongings after we die. In fact, you need more a lot more than that. Do you want the medical people to try to resuscitate you if you’ve slipped into a coma? Who do you want to designate to see that your wishes are carried out? A relative? Your attorney? A friend?

This year’s update seemed like a good idea. I’m going to be 75 at the end of August. Although I’m in good health, my birth certificate from the Defiance, Ohio, hospital does not carry a guarantee of an even longer life.

But mainly, our family, like most I suppose, has witnessed changes since we drafted the wills half a dozen years ago. We’ve decided to narrow the number of people who will inherit any money that’s left in our estate when both of us have died. Children, grandchildren mostly.

We’ve also decided to limit our other bequests to just a couple, our church and the Carriage House, a program to rehabilitate persons with a mental illness. We’ll let our designated representative make sure that our earthy belongings are disposed of fairly, first to family members, then to charities.

We like our attorney Dave. He’s low-key and thoughtful. He’s patient with us as we talk through the various changes we want in our wills. We know him well enough to know he respects our values. Plus, he’s younger. That’s important. He’ll be around when we’re gone.

We left Dave’s downtown office feeling pretty good, that once again we’ve settled on something important.

My next task is to fill out the church’s form. I’ll skip the Social Security question. But I’ll give a lot of thought to the other questions. When I was a student minister, I planned weekly worship services and a few funerals. Of course, Toni knows that if she wants to change something, I wouldn’t have cared. Planning your own memorial service is something you do for the living. It’s also a way to preserve your memory for family and friends.

A grim, depressing task? Not at all. To me the planning for last rites and the disposal of one’s worldly goods takes some of the terror out of the prospect of one’s inevitable end. You give yourself a measure of control. That means a lot. It’s considerable comfort. But I’m in no hurry to take my leave.