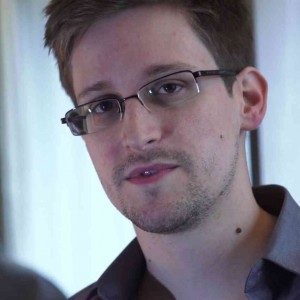 I’m not sure we’re going to have an honest public debate about all this domestic spying the government has been doing.

The scale of it all is staggering. It’s bad enough that the National Security Agency is recording our phone calls and e-mails. Millions of them. I gather every day. Then when Sen. Ron Wyden asked about it in a hearing, NSA director James Clapper lied about it. That was before Edward Snowden.

After Snowden, the private contractor, blew the whistle on this surveillance program, Clapper apologized for the lie. Of course, Democrats as well as Republicans won’t demand Clapper’s firing or indictment for lying to Congress.

Most of them seem to be in cahoots with the administration on the spying. This has become such a comedy. President Obama said he welcomed the public debate. He should have thought of that when he agreed to the program in the first place. Some constitutional lawyer.

Meantime, we’re told we shouldn’t worry about our constitutional rights being violated. All the spying has the OK by the secret court – the Federal Intelligence Surveillance Court – which is protecting everybody’s rights. This is joke. Of the 30,000 requests for warrants,
FISA judges have denied the grand sum of 11.

The NSA claims the program has foiled terrorist plots. Well, where are the suspects?
Where are the arrests? Where are the charges? Who’s going to prison?

In the past few years, we have seen terrorist plots foiled. But those weren’t foiled because of government spying. One would-be terrorist’s motor scooter bomb fizzled in Times Square, as I recall. He’s in jail. Then there was the famous underwear bomber on a Detroit-bound airliner. But it was passengers and flight attendants who stopped him. That guy probably will spend the rest of his life in prison.

What about the psychiatrist who killed a bunch of people at Fort Hood? He had been in regular contact with a radical cleric in Yemen.

I can guess why members of Congress aren’t howling about the spying. Nobody wants to look soft on terrorists just as in an earlier time members of Congress didn’t want to look soft on Communists. In that era Commies seemed to be everywhere. So only a couple of senators had the guts to vote against LBJ’s escalation of the Vietnam War. Not very patriotic, although right.

If there’s merit to the current program, you’d think police would have arrested the Chechen brothers before they could set off bombs near the Boston Marathon finish line. That attack killed three people and seriously injured scores. In the attack’s aftermath, the brothers also killed an MIT security guard.

The younger brother goes on trial today in Boston federal court. This young man could face the death penalty. Just one of the lives forever changed. And to what end?

In so short of time, the spying has become old news. Snowden remains in a Moscow airport waiting for a country to grant him asylum. House Republicans have gone back to harping about the new health care law and finding fault with the immigration reform a bipartisan coalition just passed in the Senate.

The country’s reaction to the NSA domestic spying? About half of Americans approve. That disappoints me. As people thought J. Edgar Hoover would save us from the Commies, a lot of people today apparently believe tapping telephones and tracking e-mails will keep us safe from the terrorists. I think this is so naive. In any case, I don’t think the program justifies violating the U.S. Constitution.

One thought on “Commies under the bed, again”