Here we go again. Winter. Yes even before Thanksgiving this year. I don’t mind the snow, which arrived Sunday, after I had walked a few miles in the nearby park.

What I don’t care for are the icy streets. To be sure, the city had cleared the main streets by early morning. Yet it looked to me that our neighborhood still had remnants of the yesterday’s snowfall on the streets.

Now if the streets were covered with snow, I could put boots on. Or if the snow isn’t deep, I just attach cleats to my running shoes. Today’s streets lacked enough snow for either boots or cleats.

Look, it’s not as if today’s is some kind of freak event of late fall. I’m prepared. And I have an option. The option is Glenbrook shopping center – on the north side of the city. I live on the south side.

It wasn’t so cold this morning that I had to let the Honda warm up before I headed north. I did turn the seat heater on before leaving the house. 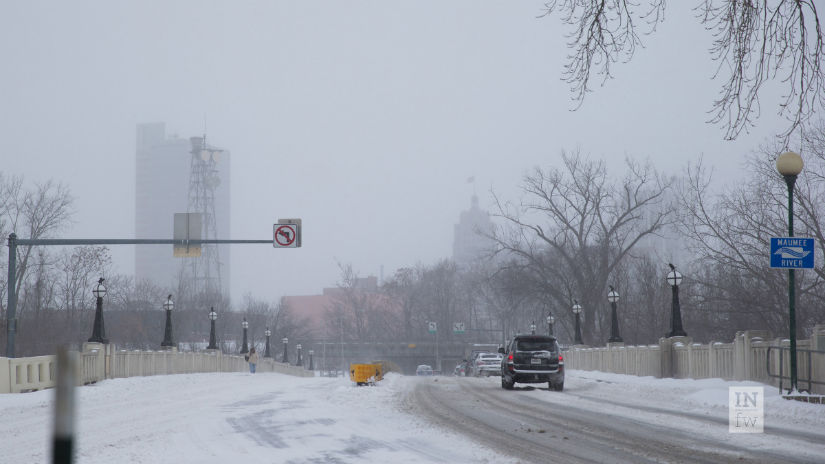 Well, as I expected, I found the old gang at the mall. I don’t have names. But I know many of the faces. These mall walkers might very well do all their walking at the mall no matter the weather, although I did greet a couple of guys I usually see in Foster Park.

Today, I walked for an hour. I kept up a pretty brisk pace, although I probably slowed a bit when I hit the 45-minute mark. I rationalize this by reminding myself that I already had performed 50 push-ups and other floor exercises at home.

Plus, I figured that by tomorrow the neighborhood streets and the street around the park would be clear and I could safely walk my usual route.

Today, there was an extra bonus that came with walking at the mall. Yes, it’s not quite Thanksgiving. But merchants know what they’re doing. Santa wasn’t there yet. All the other trappings of Christmas had been put up.

Reindeer and pretend elves, Santa’s sleigh and a spot marked to tell parents where they could have their kids line up to take a turn on Santa’s lap. It was all there, minus the kids who crowd around Friday, the day after Thanksgiving.

I stopped briefly to enjoy the display. To be honest, when it comes to Christmas, I’m a child at heart.

I don’t want to hear complaints about how the stores seem to decorate for Christmas earlier and earlier each year. As far as I’m concerned, we could celebrate the holiday year round.

Mainly, today’s main issue was the snow and how I had to get my walk in at the mall. But this break in my exercise routine let me silently applaud the other walkers, several no doubt older than my 77 years.

Your doctor will give you the same advice. Most of them, though, don’t have the long years of experience that I have. I understand the resistance, the excuses, the struggle to get moving. You don’t need a health magazine or handbook. You probably don’t even need to clear your plan with your family doctor.

Just put one foot ahead of another and don’t stop. Take a water bottle along. Enjoy the scenery and the new friends you’ll greet. You couldn’t be giving yourself a nicer gift.