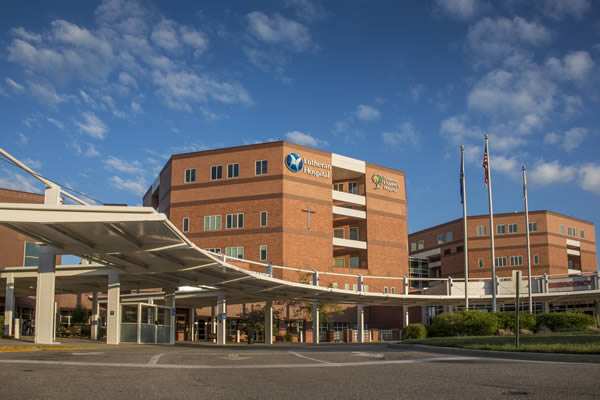 You can’t beat the hospital when you get really sick.

When your bodily functions won’t cooperate, you recruit somebody or, in my case, your spouse to drive you to the hospital.

In my 77 years, I’ve made a few trips to the hospital as a patient. Once, to Cincinnati’s Good Samaritan to get my tonsils taken out. Another, here in Fort Wayne, to Lutheran Hospital at its old campus to have my gall bladder removed.

When I was a student minister I visited church members in the hospital. I showed up at the hospital when my daughter Robyn and son John were born.

I probably shouldn’t boast, but I believe I have a nice bedside manner. The most important job of any visitor is to be there and to listen. Political opinions usually aren’t welcome. I learned that early.

My stay this time at the modern Lutheran Hospital at the edge of the city put me in a private room. We got checked in fairly late Tuesday evening so Toni didn’t stay long. Just as well, I had taken my novel to read. The nurses in the ER had already started my treatment.

By Wednesday evening, I was almost feeling like myself. Daughter Robyn had stopped by after her teaching to see how I was doing. Toni’s sister Patti, another teacher in the family, and 6-year-old granddaughter Mayzi showed up. For me there’s nothing like the appearance of a bright, charming child to cure about whatever ails.

Son John called to wish me well. Such a time when both sides of our family show up, one way or another, to remind you they care. Our Unitarian minister called, too.

Late in the day Wednesday, one of the nurses who had taken care of me said she thought they’d send me home. Indeed, somebody showed up with a paper for me to sign. I admit I failed to read it closely.

I was just relieved not to spend another night. I won’t complain about the food, only to say that a city hospital is a big institution, where they don’t claim to serve gourmet dinners.

Today, I felt well enough to head to Kroger’s for some grocery shopping. At the store, I picked up a prescription for pain that the doctor’s office had called in.

When I got home, I took an early afternoon phone call. It was the hospital. The woman wanted to know about my visit. It was a perfect chance to tell her what I could only say to a couple of nurses as we left the night before.

I told the woman how really moved I was by how well the nurses and other staff treated me during my short stay. It was true. People not only asked what they could do for me. They asked in a tone and manner that said, “You’re a special person and we’re honored to help you.”

I doubt if any of the half dozen or so who took care of me knew anything about me, what kind of work I had done, whether I had “connections.” Just nice people. I felt lucky to be in their care.